Service update - We continue to operate our services during the lockdown. We're following government guidance and advice to ensure your safety so please continue to give our contractors access to attend to repairs and complete safety checks.

BLOG: Time to reform the Green Belt - By Reuben Young

The green belt. It covers about 1,640,000 hectares of England’s 13m hectares – which is about 13% of all land. It wraps around our major cities, with the explicit goal of preventing “urban sprawl” – the outwards growth of cities.

It came to life in 1947, with the Town and Country Planning Act. Councils were given powers to designate land as green belt. Later, in the 1950s, they were actively encouraged to do so.

In London, the Metropolitan Green Belt, outlined in red in the map pictured, totals about 35,000 hectares of land, protected from any development. Assuming an average density of 100 homes per hectare, which is reasonable if we choose the bits near transport links, building on a carefully selected 5% could supply 175,000 new homes – enough to meet London’s housing need for years to come.

But isn’t it important to protect our green spaces? Isn’t the green belt beautiful, biodiverse, and important for environmental sustainability? 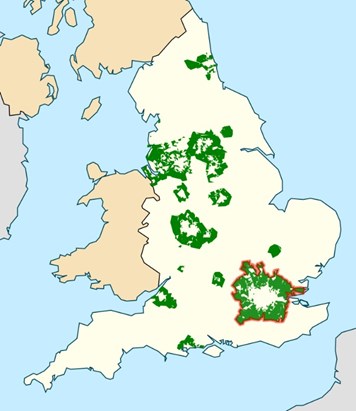 Not really. At least not all of it. Of course it’s important to protect the natural environment, but a lot of green belt land isn’t beautiful or biodiverse – in fact a lot of it isn’t even green.

It’s also a great idea environmentally to have people live within easy public transport distance of their work – they drive less cars, which are a leading cause of carbon emissions. I had a dig around on Google.

There’s a great map of green belt land in London which the Campaign to Protect Rural England put together. I used it to cross-reference with Google Maps and show you what some of this green and pleasant land really looks like. I’ve learned some of these examples are thankfully already being developed, but the Google cars haven’t driven around there recently. But the images still go to show that the green belt isn’t all the picturesque land we may think it is.

Some examples of green belt land

The following image is of green belt land in Rainham in the East London borough of Havering. It’s an hour by public transport to London City Airport or Canary Wharf. Home to B&P Scrap Company, Noakes Kebab and Burgers, and a handful of second hand car dealerships. 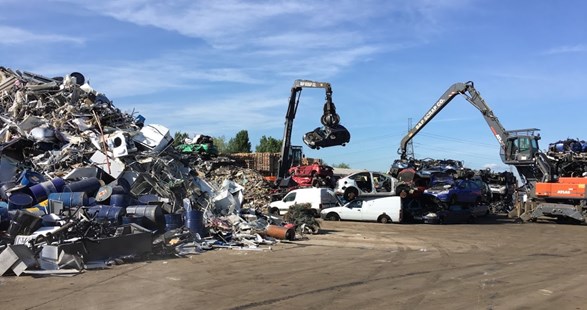 Whist the below image is of green belt land in Gravesham, Kent. It’s a 20 minute cycle to Gravesend Station, which links to London Bridge in 40 minutes. It’s currently used by a skip company, a utilities contractor, and an electricals distributor.

The below photo features green belt land in Tottenham in the North London borough of Haringey. It’s a 20 minute walk to Angel Road station, and 45 minutes total to Kings Cross. It’s currently a junk/salvage yard. 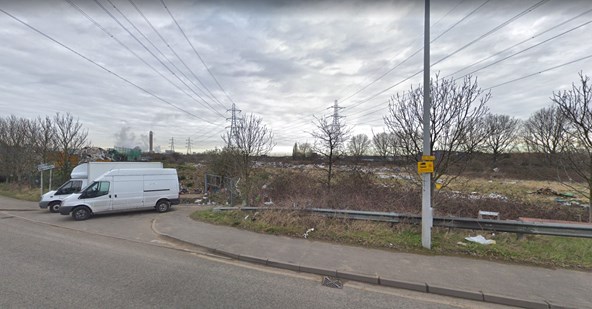 Finally, the below image is of green belt land immediately next to Fairlop tube station in Redbridge, Northeast London, 25 minutes by train from Stratford International. The land seems to be used for storage. 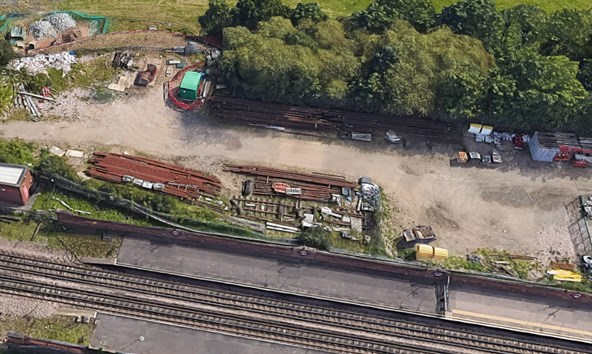 There are far fewer homes in London than people who want to live in London. This pushes up private rents and house prices so that a whole generation cannot afford to buy homes without help from family, and forces many (mostly young) people into houseshares, often with strangers, which has put them at much greater risk of infection throughout the coronavirus crisis.

London desperately needs more homes. I can scarcely believe that a 70 year-old law is protecting low amenity spaces like these from the homes we need. What is stopping us having a more rational discussion around building the homes that London needs on land that is suitable?