BLOG: The House That Made Me - By Naomi Hoffman

My first home was a semi in North Wembley where my parents have lived since they got married in 1971. I remember my father saying that he had some help buying the house as he worked in local government. My Mum had moved all over London many times and my father mainly lived in the East End. Many of the Jewish Community moved to Wembley at the time for a better life. 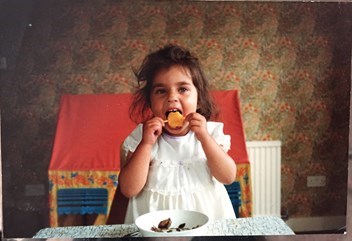 The first time I left home I was as a student in Sheffield. I think it was a housing association flat shared with five other people. We all had very different tastes, nocturnal habits and everyone was allergic to washing up. I felt both excited and nervous. Also, I had to share a fridge with people and my milk kept being borrowed (stolen).  The milk thief was very discerning and only liked semi-skimmed milk, so I switched to skimmed milk!

Since 2008 I’ve lived in a shared ownership flat in Wembley Central and I moved in when it was brand new as a it was a new build. I worked in Camden at the time and shared ownership there would have been out of my salary range.

The most memorable moments I’ve had in the flat have always involved hot dinners and sharing them with family and friends. I really enjoyed inviting all my friends over and providing food and drinks while we all watched the Olympic Opening Ceremony in 2012.  It was boiling hot and there were nine of us watching, eating and drinking away. I somehow managed to cram everyone in 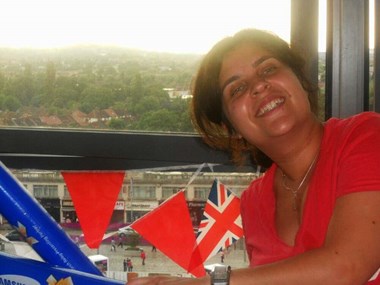 I don’t have a dream home, but I would prefer to have a back garden where I could chill out and breathe. I’m a city girl so I like to be well connected too. Nothing beats coming home and kicking your shoes off, dumping your bags and finding something to listen to while cooking!

Housing has always played an important part in my life when I came out in 1996. I met a few people who were rejected by their parents for being gay and ended up living in hostels.  It meant that it would take them longer to pursue their dreams.  Also, there is nothing better closing the door and settling down with a nice cuppa.

For me home is where you can be yourself, rest and of course where some of the best meals of my life have happened!

The house that made me is a new series of blogs by people at Network Homes, recalling what impact their housing experience has had on them.