A plaque to commemorate the late artist, film maker and LGBT activist Derek Jarman has been unveiled outside a Network Homes property in Islington.

Singer and actress Toyah Wilcox pulled the string to unveil the plaque at an event held at the property in Liverpool Road where he lived between 1967 and 1969. The event was held on held on 1 February which would have been his birthday.

Derek, who died in 1994, made several films in the 1970s and 80s including, ‘Jubilee’, which featured Toyah. He later became a passionate activist for gay rights campaigning against legislation banning the promotion of homosexuality introduced in the late 1980s. He also campaigned for the lowering of consent for gay men.

His home at the top of the property made an ideal studio, with a smaller back room serving as his bedroom. It was from here that Derek worked on his artwork and the stage and costume designs for both the Royal Opera House in 1967 and Sadler’s Wells Opera’s inaugural production of Don Giovanni in their new home at the London Coliseum in 1968.

Also present was journalist Neil McKenna, a friend of Derek’s and fellow LGBT activist, who said: “Derek’s heroism, his courage and intellectual precociousness was matched by a personality of enormous charm. He was more interested in other people than in himself. He brought the best out of people.”

Helen Evans, Chief Executive of Network Homes said: “We’re really honoured that one of our properties was home to such an iconic figure. Not only was Derek Jarman a talented artist and film director but he was also a passionate campaigner who did much to champion the rights of the LGBT community.”

Cllr Kaya Comer-Schwartz, Islington Council's Executive Member for Community Development, said: "Islington’s People’s Plaques are about celebrating the people who inspire us, our heroes – and, for many people in the Islington community, Derek Jarman was both an artist and a legend.

“Derek Jarman was an incredible artist, passionate advocate for queer rights and he courageously spoke up about HIV at a time that very few were prepared to do so.

“We’re delighted to recognise Derek Jarman with a People’s Plaque, celebrating his life, his work, and his courage.” 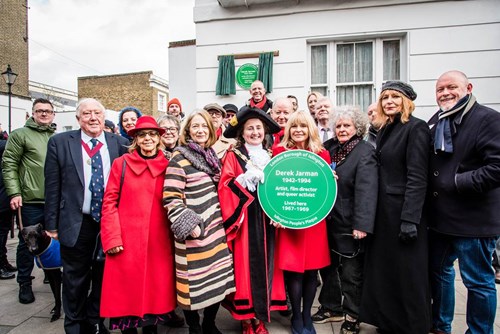 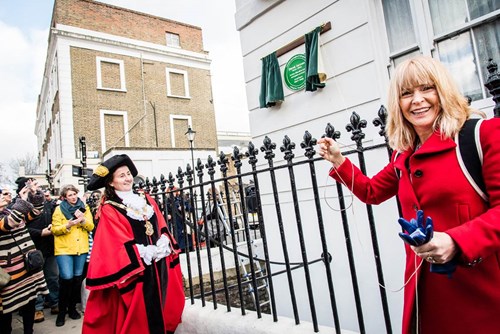