My Network Homes update: My Network Homes, online account for residents, will be unavailable from 6.30pm on Friday 28 January for crucial system maintenance work but will be available to use again from 8am on Monday 31 January.

Staff gave up their time to help the local community on Friday 18 August by volunteering with local organisations in Brent. This included Sufra NW London, a foodbank and kitchen, and the Brent foodbank.

Staff volunteered with Sufra NW London to create a new garden for local children and the community to use. This involved putting their green fingers to the test and clearing the grounds, planting a variety of flowers and landscaping the pond area. They also helped out at the warehouse at Sufra; clearing the shelves, re-stacking and refreshing to make sure everything is where it needs to be.

Volunteers also joined the Brent Foodbank at the Brent Civic Centre where they promoted the work of the foodbank and provided information on volunteering opportunities for interested passers by. Volunteers also accepted food donations from the generous community and managed to provide the foodbank with over six crates full of food.

The initiative is part of Network Homes’ giving something back campaign which encourages everyone who works at the housing association to spend up to two days supporting and helping charities or local community organisations.

Louise Egan, Network Homes Deputy Company Secretary and project organiser said: “It was a fantastic opportunity for us to get out of the office and get involved with our local community and make a real difference to those in need.”

Paul Manley, Sufra NW London’s Capacity Building Officer said: “Our garden is currently undergoing a radical transformation from a disused fly-tipping site to a luscious green paradise. As a charity, none of this can happen without the invaluable support of organisations such as Network Homes.”

Michele Lawrence, Brent Foodbank Manager said: “We are thrilled to be supported by Network Homes, and for all the time and effort they put into campaigning for us. Brent Foodbank opened its doors to the community in March of 2011 and last year alone we saw a 61% increase in the numbers accessing the service, with 953 food supplies going to children. As the need increases, we are even more thankful to generous people in the community who sustain the foodbank and the necessary work it does helping people in crisis.” 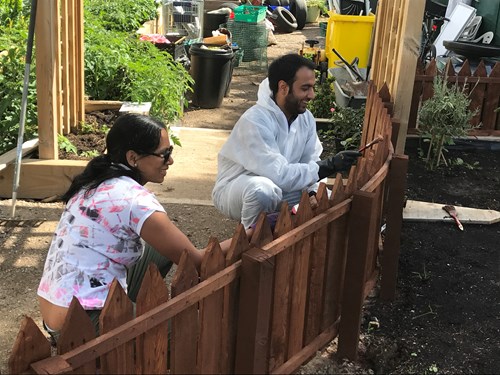 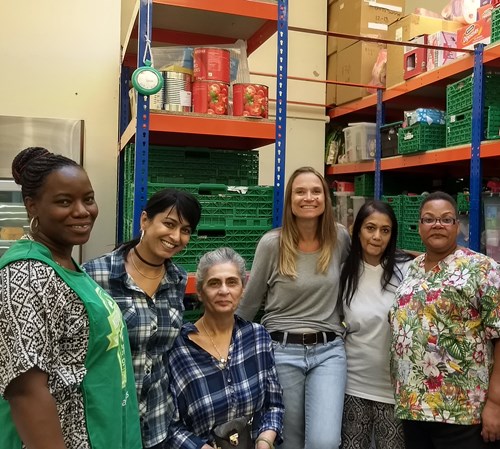