BLOG: COVID-19: a burden on renters in the UK and beyond - By Fabio Miccoli

In addition to taking the lives of tens of thousands of people in this country alone, the coronavirus crisis had a devasting economic effect. Millions of people are at risk of unemployment or reduced earnings. From a housing perspective, income disruptions can be a significant source of stress, making it increasingly hard for people to afford their rents.

The Resolution Foundation (2020) reports that, although the economic shock has been felt across all tenure types, larger proportions of renters have found it particularly difficult to cover their housing costs since the pandemic started, compared to homeowners with a mortgage.

As the graph shows, 13% of private renters have fallen behind with housing costs over the three-months period to May 2020 – compared to only 8% of mortgage holders – while a prominent 17% of social renters have fallen into arrears. According to the same study, over one-in-three people who made a new claim for Universal Credit have been struggling to cover housing costs in full or part.

The social housing sector led the way with the National Housing Federation’s pledge that no one would be evicted due to arrears arising from COVID-19 and this was updated in August 2020 to ‘No one will be evicted from a housing association home as a result of financial hardship caused by coronavirus, where they are working (or engaging) with their housing association to get their payments back on track.’

In recent months, there has been extensive debate around whether the extraordinary measures implemented by the UK government in response to the crisis had gone far enough in protecting renters, especially in the private sector. The Government responded with a last-minute decision to further delay the reopening of courts along with the implementation of a six-month notice period, for all but the most extreme cases of tenancy breach or arrears. There have also been concerns from Scottish landlords that these measures are encouraging some tenants to withhold rent where they could afford to pay.

Overseas, as Inside Housing reported, most of our European neighbours have also been providing some form of short-term support to tackle immediate needs, with mixed results, while resisting the call for effective long-term responses to prevent renters from carrying the burden of this crisis.

Let’s have a deeper look at two nations that feature tenure structures similar to ours – that is, where the proportion of homeowners is higher than 65%.

France’s housing sector is very similar to ours – with the provision of social housing managed by local authorities and not-for-profit organisations – and the two countries have pretty much the same share of renters, at 34%. 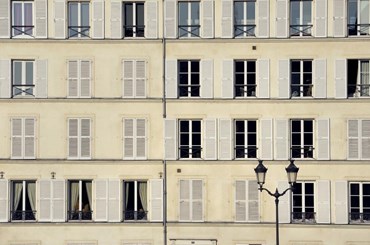 Since 2014 renters in France can benefit from a ‘winter truce’ on evictions, a five months period during which evictions are forbidden, so that people are prevented from facing evictions during cold months. The government extended this period until 10 July, but as the eviction ban is now being lifted, many risk finding themselves without a home once again.

Housing providers have been taking further actions to protect tenants in the social housing sector, especially in Greater Paris. The Social Union for Housing and tenant associations agreed not to evict any tenant struggling with rent payments as a result of the crisis. The plan will then require social landlords to draw sustainable payment plans for these tenants.

Spain is a bit different as renters are about a quarter of the overall population. Interestingly, social housing here only accounts for 2% of the national housing stock. Among renters, those living in the private sector were the major beneficiaries of recent reforms, which entailed an automatic six-months extension of all tenancy agreements due to expire during the current state of emergency. An eviction ban was also put in place. 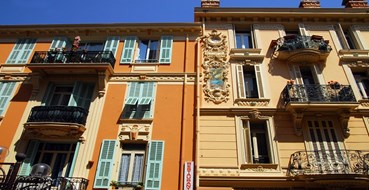 In many cases, rents have been frozen or reduced, with larger landlords being instructed to reduce rents by as much as 50% during the whole state of emergency and keep it to this level for up to four months after lockdown is lifted. Alternatively, landlords and tenants can agree on rent restructuring over three years.

As recession spreads across the continent, the main hope is that governments acknowledge the disproportionate impact of yet another economic shock on renters and take this chance to finally come up with sustainable solutions to the housing crisis.

In conclusion, in comparison to France and Spain private renters in this country enjoy significantly less security of tenure than their European counterparts. The Government has committed to address that with the ending of ‘no-fault’ evictions and the introduction of a new form of indefinite tenancy. Whilst measures to protect renters from the impact of the coronavirus crisis have to date been long-term surely this provides a large part of the longer-term answer for a fairer private rented sector.