We’re really proud that our Director of Housing, Gabriel Codjoe, won the ‘Lifetime Achievement Award’ at a special award ceremony organised by the G15 group of London's largest housing associations. He received the gong at the inaugural G15 Ethnicity in Housing Awards which were held at the Museum of Docklands London in Canary Wharf on Wednesday 11 May. 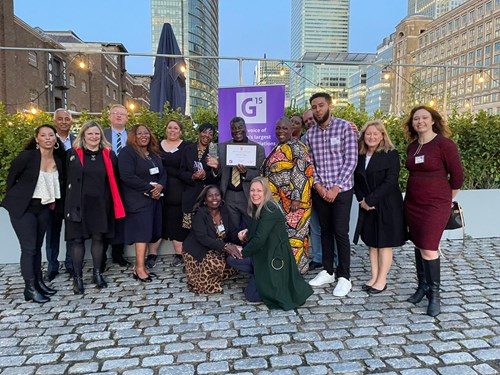 The Judging panel said that Gabriel’s win was down his: “dedication to delivering a brilliant and comprehensive service to residents, and his contributions to many key projects at various organisations throughout his 35-year career in housing. He has worked at all levels and has demonstrated an exemplary work ethic in all roles.”

Gabriel has been instrumental in guiding various organisations through change and growth. During his 14 years at Network Homes, he has led on several digital transformation projects and cultural change initiatives with the continuous aim of ensuring residents receive a seamless service.

It is important that I recognise colleagues old and new who have been part of my journey throughout the last 35 years in housing in the different organisations to now be with Network Homes over the last 14 years, this award is for all of us.

View all the award winners here

To coincide with the awards, the G15 has released its Ethnic Diversity Pledge – 2022 Report, which looks at how members are implementing and delivering the pledge. In the report Network has shared details about our Springboard Programme aimed at our Black, Asian and minority ethnic colleagues, which promotes diversity and inclusion and helps to tackle inequality within the working environment. 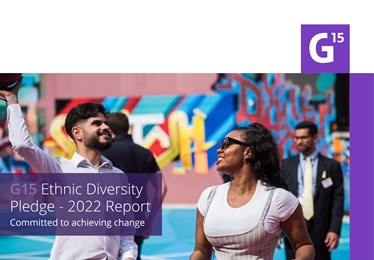