BLOG: The Benefit Cap and coronavirus - By Cameron Anterkyi

The Benefit Cap, which was introduced by the Conservative-Liberal Democrat Coalition Government in April 2013, places a limit on the amount of benefit a household can receive. It applies to people aged from 16 to 65, which is the current State Pension age. The benefit cap affects several types of benefits, including Universal Credit (UC), Child Benefit, Housing Benefit, Income Support and Jobseeker’s Allowance. But the cap does not apply to single adults who work 30 hours per week or families and pensioners who work 16 hours per week. This means a parent of who works part-time work could receive their full entitlement of benefits. 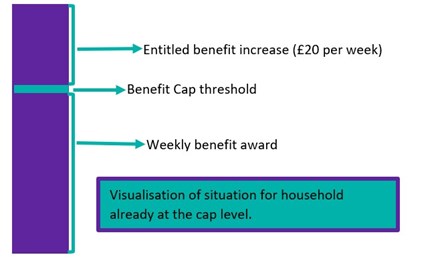 In March, Chancellor Rishi Sunak announced that the Government would be increasing Housing Benefit and Universal Credit payments by £20 per week. However, the Conservatives did not and have not adjusted Benefit Cap threshold accordingly. This is despite the Social Security Advisory Committee (SSAC), the Government’s own welfare advisory board, asking ministers in June to review the cap, as it led to tens of thousands of low-income claimants being in financial difficulty during the coronavirus pandemic.

The fact that the Benefit Cap did not change means families who are entitled to the extra money would in fact not receive it, as that increase would take them over the cap threshold.

In May Mayor of London Sadiq Khan called for a lifting of the Benefit Cap after research by Policy in Practice, commissioned by the Greater London Authority, revealed that tens of thousands of low income families in London are not in receipt of the Government’s coronavirus support measures. The report concluded that:

On 6 August, the Department for Work and Pensions (DWP) published a blog which highlighted that:

Shelter released a blog in May criticising the Benefit Cap and asking for it to be increased during this time, as many people are now finding themselves applying for benefits. They have also calculated that a benefit capped family with one parent and four dependent children would not receive enough benefits to meet basic needs, such as bills, food and rent in 43% of the country.

Clearly, the Government need to review the Benefit Cap. The fact that Rishi Sunak increased benefit payments was a step in the right direction at first glance, but the impact of it is not being felt by families who desperately need the extra cash to pay for basic essentials, such as food and rent. If the Government doesn’t address this issue soon, it will get worse with time, as the statistics predict.

Network Homes has conducted research on the impact of the Benefit Cap on our residents and development programme, which will be published later this year.