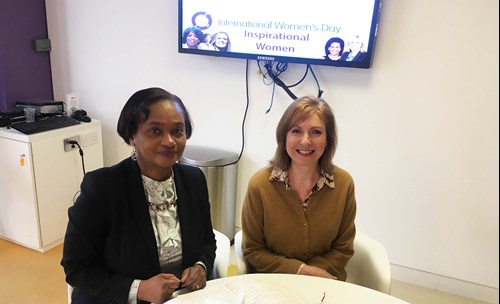 A special panel took questions from staff from across the organisation at Network’s Wembley office on Thursday 8 March. Panellists included Dr Valerie Vaughan-Dick, Chief Executive Officer at the Royal College of General Practitioners (RCGP), Gail Chester, a feminist campaigner who is involved with the Feminist Library and campaigns against the so called ‘Tampon Tax’ and Fiona Deal, Network’s Director of People and Culture.

The panellists spoke for 10 minutes each on what it is that drew them to housing as women. Staff quizzed the panel on the issues they think face women today and what more can be done to boost gender equality.

Dr Valerie Vaughan-Dick said: “I always wanted to go to university but the careers advisor told me I was a why waste your time going to university when you’re getting married and can look after a home. But I did go to university, trained as accountant and worked my way up.

“Housing was very much in my DNA. When I was younger, it was during a time when there were signs saying no blacks, no dogs, no Irish. My father took young homeless Caribbean men so the issue of housing and homelessness interested me.”

Gail Chester said: “Housing is very much a women’s issue, particularly as women are still very much the carers in households - we do most of the emotional work in homes, we suffer the vast majority of domestic violence, the great majority of single parents are women and more likely to suffer from benefit sanctions.”

Fiona Deal said: “I didn’t go to university but worked my way up and there have been plenty of inspirational men as well as women who have helped me along the way.

“Overall I think Network Homes is a great example of women succeeding in leadership positions. We have a female Chief Executive and a female Chair with half our Board of Directors being women, three of whom are Committee Chairs. Around 40% of our senior management team staff is also female.”

Gail Chester has spent most of her working life in small press, radical, and feminist publishing, although her first job was as a Housing Management trainee for Lambeth Council. She has been an active feminist since 1970, and has been involved in a range of groups from Friends of Hackney Nurseries to the Jewish Feminist Group to the Tampon Action Group, and much more besides. In 2004 she helped to save the Feminist Library from closure, and has been on the management group ever since, helping it go from strength to strength.

Dr Valerie Vaughan-Dick is Chief Executive Officer of the Royal College of General Practitioners (RCGP). She qualified as an accountant with the National Audit Office and has held senior posts with the Housing Corporation, a London Local Authority, a housing association and across a number of Central Government Departments. She sits on the Network Homes Board.

Fiona Deal is an experienced and award-winning HR and Organisational Development specialist with most of the last 17 years spent in the housing sector. Fiona’s primary role at Network is to deliver the people and culture agenda to create a high performing ‘one-team’ culture across the recently amalgamated organisation. In 2013, Fiona was ranked at number 22 in a top 100 poll conducted by HR Excellence Magazine of 'Most Influential HR Practitioners'. 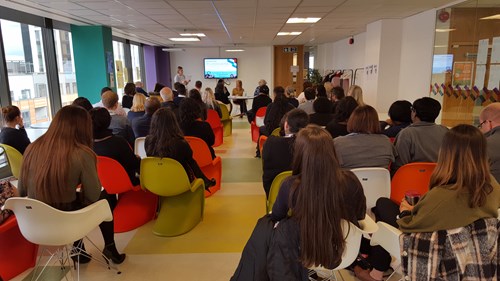