My Network Homes update: My Network Homes, online account for residents, will be unavailable from 6.30pm on Friday 28 January for crucial system maintenance work but will be available to use again from 8am on Monday 31 January. 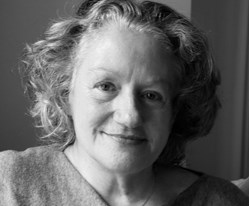 I don’t have an obvious back story about deprivation, neglect or violence. I’m middle class, if you look through that prism. My parents though, were both in their own parallel ways, mentally ill. Well disguised, high functioning nutters. Aged 13 I had a massive breakdown and ended up sectioned in a mental hospital. This was almost 50 years ago, a long time before child and adolescent services existed. It was hard core.

Drugs and alcohol had become my place of refuge. My need to feel nothing had no limits, and neither did what I’d do to finance my addiction. Aged 30, I was literally nearly dead, lost, and psychotic on the streets, and finally able to allow the addiction services to scoop me up. Detox and rehab were hell. I didn’t know who I was, why I was in the world, why everything hurt so much. I loathed myself and the whole concept of recovery was nonsense to me.

Nevertheless, now, looking back I can see that a small and resilient part of me wasn’t quite ready to give up. I’d made several suicide attempts over the years, but just couldn’t manage to let go of the threads to life.

I started to get well in spite of the self-hate and all the ways I made things so difficult for myself. I was lucky to be in a very good facility and one that insisted the residents went to AA and NA meetings daily. I started to hear in other people’s stories that you can come back from the darkest of places. Maybe even me too?

Recovery is unforgiving. It’s not for the faint hearted. For people who have managed every difficult feeling with self-medication, it is like being burned alive, to feel, really feel what is there to be felt, to be kind to whatever arises, to start to understand that life throws all of us around one way or the other and that the days, weeks, months and years of every little human life are full of everything. The very best, happiest, ordinary (I love ordinary) awful, devastating, complicated, confusing and simple, all co-exist.

I began to and was supported to begin the long overdue process of growing up. I just went to meetings, sometimes several a day. People are kind in these fellowships and showed me how to get benefits that took me off the street into a bedsit in Kensal Rise. I found GP who I am still with and has watched and supported my growth and development over the last 31 years. Between people in the fellowship and her support, I was interviewed for social housing. It took about two years, but in the end, I was accepted as a vulnerable adult, and given the flat that has held me ever since.

I won’t detail the next 30 years, but I went to many 12 step meetings and started having psychotherapy. The meetings helped me stay clean a day at a time and the psychotherapy, helped me understand and translate my own story, how I got so broken, and how to build a kinder relationship with myself. Sounds simple. And, there is much simplicity waiting on the other side of all the destructive patterns of thinking and beliefs about oneself and the world.

I became very interested in and moved by the human capacity to heal and find meaning and compassion, where there had been nothing of the sort. I believe we want to be well, however great he odds, or overwhelming the damage As Leonard Cohen’s famous song says: there is a crack in everything – it’s how the light gets in. I started training to become a psychotherapist in 1994 and have worked both in the voluntary sector and private practice for the last 25 years.

None of the growing, healing and building a personal and professional life, would or could have happened without the security of being housed. I was safe.

When I saw the recruitment for panel members in late 2018, I had a very mixed reaction. I wanted to believe that Network Homes was sincere in its wish to involve and give voice to residents. I wasn’t cynical, but I was sceptical. I’ve have seen some pretty terrible things over the long years of my tenancy. Everything from shoddy workmanship, awful communication and not much follow through with anything. I had though, also observed some change and improvement, particularly in communication, which is my special skill and passionate interest. There had obviously been investment in training call centre staff and that is the front line. It is vital what happens when the phone is answered.

I did apply. I said yes to an interview, knowing I would be able to tell a lot about whether this was a tick box exercise, or something that mattered to the organisation. I’m good at spotting sincerity and it’s opposite. I was interviewed by Maria Moriarty (Head of Resident Involvement) and Gabriel Codjoe (Director of housing).

When I was offered a place on the panel I said yes. That yes, is an expression of my gratitude for the housing that allowed me to build a meaningful life, and my recognition, that as I am articulate and know how to follow something through and not give up, I am also on the panel on behalf of those that are less resourced. 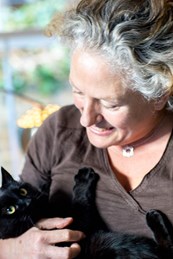 There is still stigma about social housing. I internalised some, and spent years thinking this is just until I can afford my own place. I experienced a blinding moment when I understood I was already home. I didn’t hold back that tiny percent anymore. Now I put my whole heart, soul and budget into my home. Even though I can’t leave it to my niece, I’m leaving it to the next person that needs a home. I hope that person will be as healed and held by it as I have.