Network Homes gives something more by raising nearly £90,000 for charity

Staff from award winning housing association Network Homes have given up nearly 100 hours of their time to help the local community and raise cash for good causes.

All Network employees took part in a variety of activities as part of the organisation’s Giving Something More initiative launched in the summer. This ranged from climbing mountains, cleaning canal paths, spending a night sleeping rough, feeding the homeless, meeting older residents and much more raising £37,000. 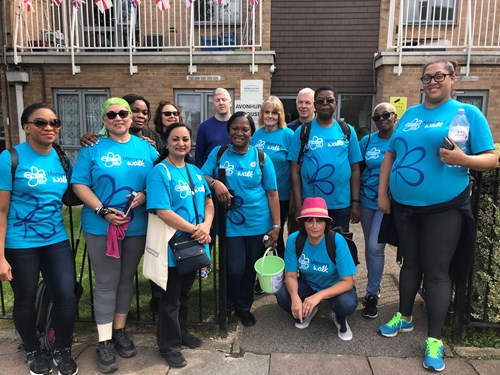 One the biggest challenges involved a 24 mile trek across the Yorkshire Three Peaks back in September. Forty staff in total completed the task raising £20,000 for homelessness charity, St Mungo’s. This is on top of the £66,000 raised for the charity in 2017 through a London to Paris Bike Ride.

The Giving Something More campaign follows on from 2017’s successful Giving Something Back initiative and is all about the housing association giving back to the communities it works in. Every Network Homes employee gets two volunteering days a year to spend helping support social or charitable causes.

Over two years nearly £90,000 in total has been raised for charity. The cash has gone to local and national charities such as Alzheimer's Society, Bowel Cancer UK and the YMCA.

Helen Evans, Chief Executive at Network Homes, said: “We’re really proud of everyone’s efforts this year with staff literally going that extra mile for good causes. Network Homes is more than just about bricks and mortar as we have a genuine commitment to the communities we serve and to giving them something back.”