By Reuben Young, Research and Policy Manager at Network Homes 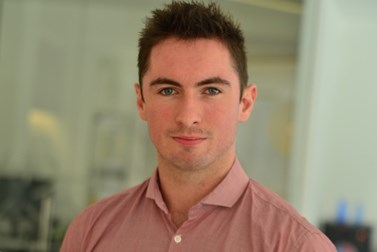 This paper set out seven expectations that residents of social landlords ought to have, and a set of ideas beneath each for how the Government will make sure these expectations are met more of the time.

The theme throughout the Social Housing White Paper was broadening the remit of the Regulator of Social Housing - the organisation which enforces the standards social landlords like Network Homes are expected to meet (and now newly chaired by Bernadette Conroy, the former chair of our Board). The Social Housing Regulation Bill which has been put before the House of Commons and aims to do just this.

It’s worth considering that this is the beginning of the parliamentary process; the Bill may not be passed as an Act for many months – and even when it is, many of the provisions are secondary legislation, which means the Bill gives the government or its appointed regulator the power to enact changes without asking Parliament again.

Some of the things that might impact housing associations and tenants of Network Homes the most:

At the moment, the regulator sets two types of standards, Economic and Consumer. The Economic standards, which includes governance and financial viability (the “G” and “V” ratings we get every few years), value for money, and rent setting, are very pro-actively regulated. There are a bunch of things we need to provide the regulator periodically to show we’re compliant with them.

The Consumer standards - repairs and maintenance, tenancies, anti-social behaviour management, resident engagement - are not regulated in the same way. There’s not much we need to show the regulator in order to justify our compliance, and crucially, the only time the regulator intervenes in order to improve a failing landlord is in cases of “serious detriment,” where tenants are at risk of serious harm as a result of the breach.

The new Bill proposes to remove the serious detriment test, so that the regulator can step in to monitor a landlord, or in some cases force action, in any case where a Consumer standard has been breached, regardless of severity.

It stops short of adding a “C” to the G and V grade system, but it does include that the regulator could name and shame landlords failing to comply with the standards. The Government’s press release refers to this as “Ofsted-style inspections.”

The power to set standards on information and transparency

The Bill would allow (but not force) the regulator to set standards relating to the information landlords provide to tenants. Examples of things the regulator might set requirements for are mentioned in the draft regulations, but they’re not intended to be prescriptive or an exhaustive list. They include the provision of information on executive pay and management costs, self-reporting breaches of other standards, and perhaps most interestingly, an “Access to Information” scheme.

Currently any public body (Government departments, councils, NHS Trusts, schools…) is subject to the Freedom of Information Act, meaning any individual can ask for information about anything, and unless there’s a good reason not to provide it, the organisation must answer if it holds recorded information that could provide an answer. That doesn’t apply to housing associations, because we’re not public bodies, but it sounds like government wants to leave the door open for a similar kind of scheme that would apply to us.

New objective and standard on safety

The Bill would add generic safety into the remit of the regulator, in keeping with the very first pillar of the white paper. The specific way they suggest landlords change is the appointment of a “health and safety lead.” This role would monitor the provider’s compliance with health and safety requirements, assess risks of compliance failures, notify stakeholders of any material risks or failures, and advise on steps to ensure the landlord addresses the problems.

A separate regulator, the Health and Safety Executive, will also regulate all buildings’ safety when the new building safety regime comes into force. But the Consumer standards already have two regulators of a sort - the Regulator of Social Housing and the ombudsman, so multiple bodies that are able to hold landlords accountable certainly has precedent.

The Bill proposes enabling the regulator to implement a new part of the Consumer standard that was set out, again in draft form, several months ago. Currently, the way housing associations measure tenant satisfaction is extremely variable across the sector, which is partly a good thing, because it means different landlords in different contexts can ask the things that are most likely to be useful for improving their service. But the downside is that it makes benchmarking less meaningful, and so tenants are less able to monitor the performance of their landlord.

A set of standardised performance measures will be introduced, which all social landlords will need to report on. There are around 20, and they are a mix of questions asked to residents and objective information about the landlords’ activities.

We are implementing these ahead of when we need to, in the form of a new “anniversary survey,” which will ask different tenants the required questions every month, on the anniversary month of them, moving into a Network Homes property. Part of the reason we want to get ahead is so we can find a balance of reporting the things we need to and also asking the things we want to, in order to improve our service - an important balance to strike, as noted in a report we published with HACT on this topic.

The regulator will have stronger powers to issue unlimited fines, enter and inspect properties with only 48 hours’ notice (down from 28 days), and make emergency repairs where there is a serious risk to tenants, which will then be recharged to landlords.

Finally, a new 250-person residents panel will get together every four months to share their experiences with the Government, inform policy thinking, and help identify and shape areas for change in the sector.

A better deal for tenants?

There was a mixed reaction to the initial Social Housing White paper and to the shape the proposals have now taken. Many say they don’t go far enough to address the power imbalance between tenants and landlords, and many say in some areas they go too far - for example, are landlords responsible for the quality of residents’ neighbourhoods, as the white paper implies?

What is clear is that the Government genuinely wants to improve tenants’ lot and make housing associations and other social landlords more consistent in the delivery of good services. This can only be a good thing.

BLOG: Social Housing White Paper – what does it mean for Network Homes and residents?